From 10 until 12 a.m. at University of Insubria, Via Sant’Abbondio 12 poets meet students and Professors

From 5.30 until 7.30 p.m. at Palazzo Reale, Sala Conferenze, Piazza Duomo 14:  world champion performers show from all over the world.

In the afternoon, from 3.00 p.m. in the splendid venue of Villa Gallia, Passeggiata di Villa Olmo which overlooks Lake Como, Europa in Versi will be home an International Poetry Reading with poets coming from all over the world and a Poetry Slam with world champion performers in this genre. This is a golden opportunity for a different type of audience from all over the world.

The performer poets taking part in this year's Festival are all of them "slammers", that is to say performers who in their performance combine the language of poetry with the language of the body. It is a new and original way to introduce poetry, appreciated above all by the latest generations as it involves the audience. A Poetry Slam is indeed scheduled in the form of a friendly competition among these young performers, while a Board of Experts, elected within the audience, proclaims the winner. None of the poetry is for a selected few, but it is rather a rediscovery of the oral dimension of poetry, which in the past was aimed at everyone and reached a multifarious audience.

On the occasion of the festival the anthology of poets, performers and winners of the Prize Europa in versi and the poetry books of Maria Capani and Ion Deaconescu will be published by I Quaderni del Bardo Editore.

Moreover, the books of poetry by Maria Caspani and Ion Deaconescu will be presented.

Both the anthology and the two collections of poetry have been translated by the publisher I Quaderni del Bardo.

In the evening the award cerimony of the 4th edition of  International Poetry and Narrative Prize Europa in Versi will take place.

Refreshment will be offered in the evening.

The reception of the public and the catering are organized by the students of the Institute Enaip Como.

In collaboration with the organisation Sentiero dei Sogni

A Balcony on the Alps, as the mountain resort was termed in the Belle Époque, Brunate can be reached from the promenade along the lake by cable car after a breathtaking trip of only seven minutes. It will be the site of a four-stop itinerary through villas and gardens in the Liberty fashion which are open to the public on this special occasion. In the course of the 9th edition of the Festival Europa in versi, the internationally famed poetry slammers taking part in this year's edition will read some of their texts, thus building an ideal bridge with the story of some notable authors from the past who enjoyed a strong  bond with these places - Alda Merini, who died ten years ago, the pioneer chansonnier Neno Cantoni, who was born one hundred years ago, and the Bulgarian national poet Pencho Slavejkov, who chose Brunate as the place where he should die, surrounded by beauty. The itinerary will be led by Pietro Berra, manager of the project Passeggiate Creative.

Difficulty: minimal; suitable for everyone. 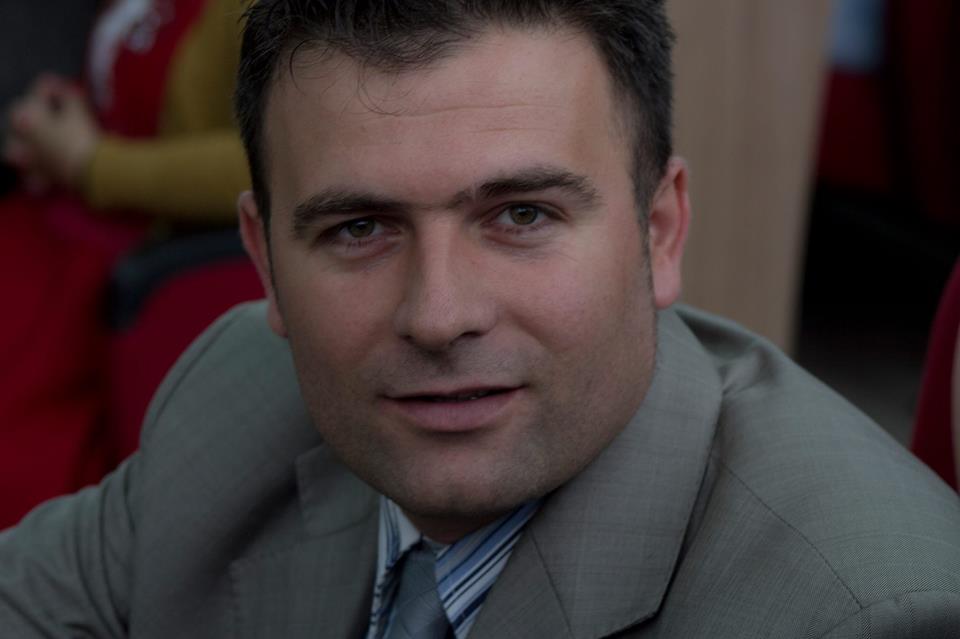 As a poet he is considered a precursor and representative of modern Albanian poetry. He is also a writer, essayist and journalist for several Albanian and foreign newspapers. He graduated from the University of Brussels and obtained a master's degree and a PHD in diplomacy and international politics. He is a professor at AAB University and permanent member of European Academy of Science and Arts in Salzburg. His collections deepen the lyric of love, of the conflict in which he fought during the war in Kosovo and the reality of our times. His poems are lyrics rich in metaphors and symbolism and have been translated into more than twenty-seven languages ​​and published in various international anthologies.

Awarded poet, writer and translator, he graduated from the University of Ankara, where he is currently a professor of Russian language and literature. Between 1965 and 1970, his first collections were acclaimed and recognized as a manifesto of the new Turkish poetic generation. Later, travelling between Paris, London and Moscow, he had the opportunity to compete with such great personalities as Pablo Neruda and Louis Aragon. As an executive member of the Turkish Peace Association, in 1982, he was imprisoned and sentenced to exile and thus forced to flee, in the already familiar Paris, where he lived until the extinction of the sentence.

Poet, writer, literary critic and translator, as well as university professor. Repeatedly published author, has obtained numerous national and international awards. Lecturer at the Faculty of Social Sciences in Craiova, currently holds the position of President of the "Mihai Eminescu International Academy" for which he annually organizes and directs the homonym Festival of poetry. Questioning and reflecting on the meaning of life and human feelings, his poetry is focused on precariousness, on the inevitable desire for salvation, impossible to be reached. His verses focus on the inner sphere of the human being and on his relationship with his neighbor, the Other, who defines us. Recently a collection of poems has been translated and published into Italian “La Cenere Nel Cuore” (I Quaderni del Bardo, 2019).

Poetess, painter and translator, graduated in industrial engineering. Grown up in the nature of the Colombian countryside, since she was a child she had recognized a communicative form to express her existential questions in the arts. Author of poems and stories, which some were published in anthologies and national and international magazines. She has already been translated into English, French and Italian. In 2017 the book of poems “Effetto Farfalla-Efecto Mariposa"(2017) was published in a bilingual edition.

Poet, writer and Moldovan political exponent. Director of the “Literatura şi Arta” magazine that, under his direction, became the flag bearer of the movement for the return of Latin characters in the Romanian language and of its proclamation as the official language of the State. A multi-award-winning author, he is also a member of Parliament of the Republic of Moldova, has contributed to the democratization of his country, by passing fundamental laws such as the Republic of Moldova's declaration of independence, the adoption of the tricolor and the national anthem. His novel "Compito per domani" (Graphe.it Edizioni, 2018) has been translated into several languages ​​including Italian and is the most widely read book in Moldova in the last fifty years.

Poet, writer, literary critic, translator, editor and journalist, he is secretary of the European Academy of Sciences, Arts and Literature of Paris. A multifaceted figure, despite his young age he has published over 50 works and currently holds the role of teacher at the Kiev National University "Taras Shevchenko". His poetry is characterized by an original surrealist mood, appreciated and commended with various national and international awards.

After obtaining a three-year degree in philosophy and a master's degree in journalism in Milan, she moved to London for job. Thanks to an internship at the London headquarters of Ansa, she arrives at the Reuters Foundation where she works as a web producer and reporter dealing with human and women’s rights. In 2014 she moved in New York, firstly working at the United Nations and from 2015 at Reuters Digital, where she dealt with social media and live news during the 2016 US presidential campaign. Since 2018, she has been dealing with surveys conducted by Reuters in partnership with the Ipsos agency and works with photographers to produce multimedia stories. “Scrivere Ai Margini Della Vita” (I Quaderni del Bardo, 2019) in English and Italian, is her new collection of poems.

Founder of the International Poetry Slam movement, he started his poetic divulgation in the Chicago of the 80s, organizing cabaret and open mic nights. This poetic discipline was consolidated in 1986 and gradually spread on an international scale, involving more than 2,000 cities.

As a first example of performative poetry, his involves, communicates and excites.

Poetess, singer, actress and TV presenter. Awarded Slammer, she took part in the Poetry Slam World Cup in 2011, and was the first to give life to this discipline in Brazil. Her poems tend to sing with an almost epic rhythm, the images follow one another and the breath makes its way between images filmic to say it mildly. The reader is taken with force and dragged into a world in perpetual change, between new and unpredictable images, which combine poetry and reflection, denunciation and scandal.

Poet slammer, he is also a theatrical screenwriter and a writer. His works, published in various anthologies and magazines, have been translated, widespread and awarded nationally and internationally. His poetry, current and direct, speaks of human strength and weakness, investigating and narrating the transience of life. Among his most representative collections we can find “Yo también pude ser Jacques Daguerre"(2000) and “Fiesta de disfraces” (2008).

Poetess, slammer and theatrical actress, graduated at the Nordic Black Theater Xpress, since 2011 she has also collaborated and participated in various television projects. In 2017 she represented Norway at the World Cup of Poetry held in Paris and, winning the competition, was the first to bring Scandinavia to victory, as well as winning the title of first woman winner of the competition.

He had read and written poems for more than five years. In this period he won two tournaments, the 2018 Scottish finals in Glasgow and the 2018 world finals in Paris. He runs “Inn Deep poetry”, every Tuesday in the West End of Glasgow and “Poetry at St Louis in Partick” on the first Thursday of each month. His first collection “Pure Toilet” was published in 2017 and is available at www.speculativebooks.net

A poetic-performative duo composed by Davide Passoni and Marco Tenpo, Italian Champions of Poetry Slam in Teams 2018. Winners of the Dubito Prize 2014 (AgenziaX) and the Live Music Lombardia Contest 2015. Skilled in using beatbox, sampler and abstract vocabulary, their shows combine the theatricality of performative poetry and the underground rap. Theirs are not performances by score, but musical actions that directly involve the audience. In 2013, they won the Poetry Slam organized in Como by the International Festival of Poetry “Europa in Versi”.

How to reach Villa Gallia